Alexandria Brown is a student from Queen Margaret University (QMU), Edinburgh. Alexandria, who studies BSc (Hons) Public Sociology at QMU and is about to enter into fourth year of her studies, took part in a semester exchange to Corvinus University in Budapest, Hungary earlier this year.

While she admits that she never thought she would be the kind of student to take part in an exchange programme, she's so glad she did. Here, she tells us all about her experiences she had during her five months in Budapest.

Wow… what an experience.

I have been back home in Scotland now for three weeks, and even though I sorely missed my Irn Bru, square sausage and sarcastic banter we Scots share, I am already missing the wonderful Budapest.

When I first arrived in Budapest airport in January I was like a lost lamb, stood in -15℃ temperatures with my bag and suitcase, and an envelope with currency I just did not understand (with 20,000 Forint notes, I was at a loss!). Little did I know I was about to begin the best five months of my life. I made my way to my apartment on Rakoczi Street, which I soon learned was smack bang in the centre of Budapest’s nightlife scene and I was so excited to embrace this wonderful and exciting opportunity. 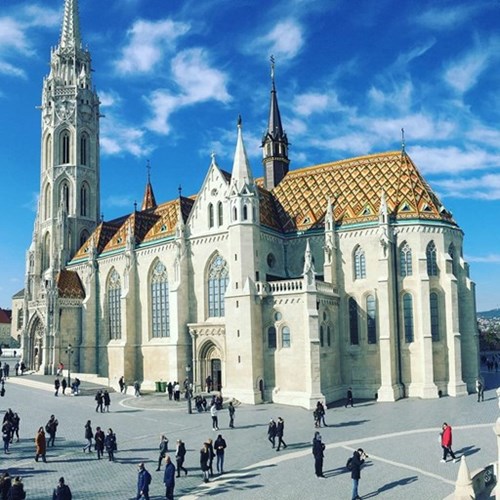 I spent my first few days getting comfortable in my new surroundings and walking around the Pest district. I soon learned my apartment was centered in the Jewish quarter and I was surrounded with breath-taking synagogues, including the largest synagogue in Europe located on Dohany Street, just ten minutes from where I was living. I spent my first few days in Budapest in awe. The gorgeous architecture, the old tram system, cultural differences such as the popularity of scooters to get around or kissing one another’s cheek by way of a greeting, etc., ruin bars which I spent many a night losing time into a pint of Pilsner or Arany (the local cheap beer) but most importantly, Corvinus.

I put Corvinus University into Google maps (which turned out to be a lifesaver!). When I arrived, I was blown away - what a beautiful building! Like most of the breath-taking architecture of Budapest it was an old, gothic stone building with intricate detail to show it off. Inside were marble floors, a long concourse supported by large stone pillars and a seating area beside a little sandwich shop with stone arches which were just beautiful. There are three sections to Corvinus: E building is the oldest building; the Salthouse, which was predominantly for engineering I believe, so I never used it; and the C building, which was where most of my classes were held and also was home to the library. The library featured an entire floor of books dedicated to social sciences, and many of them in English which was great for me. I spent most of my time here with my laptop, as I couldn’t get used to the Hungarian keyboards for the computers!

On my first few weeks at Corvinus I felt overwhelmed, as I didn’t recognize some of the modules I had opted for in relation to the modules I took at QMU, such as Terrorism and Political Violence, Organisational Sociology, and Society and Culture in Saudi Arabia. All of them were fascinating, and all of my modules came with their positives and negatives like anything you study. Overall, however, one thing I found most interesting was the level of participation and depth of debate from both students and lecturers in classes. Being an exchange student in a foreign country with a foreign language was alien to me, but sharing each other’s values, beliefs, etc., in classes made it easier to drift towards people, whether they were similar or not, and this soon became vital for my time in Budapest.

In order to make the most out of my trip, I made the decision before I left Scotland that I would stay out of my comfort zone as much as possible. This wasn’t a problem at Corvinus! Over my time in Budapest I met just three people from the UK, none of whom were studying at Corvinus. I’ll never forget my orientation day when, during a statistics slideshow presenting the exchange students and the breadth of nationalities, in a lecture hall of 400 or so people, I was the only person who raised my hand when the UK was called. I still look back at that and laugh to myself. I felt like an alien.

So, I pushed myself and attended one of the various events that the wonderful Erasmus Student Network (ESN) had arranged, which was being held at a pub not far from my flat. Great! However, it was a little difficult as I didn’t know anyone and not many people spoke English. Then, during my second week, I met Cookie (which was a nickname, as her surname directly translates to ‘cookie’). We became travel buddies, drinking partners, tourist pals, and perhaps it sounds clichéd, but friends for life. She’s coming to Scotland in two weeks for the Fringe and I’ll visit her in Poland in February 2020. 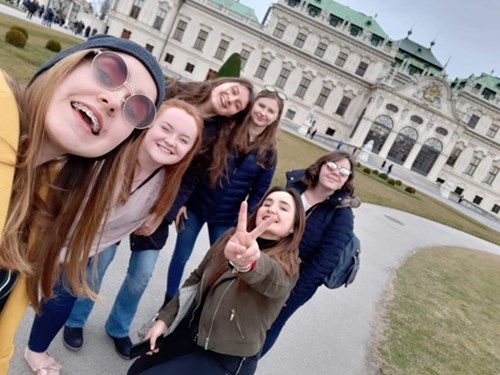 In Budapest I was lucky enough to have friends from home come over and visit me. During a roasting hot week in April one of my friends was over, so together with Cookie and some other friends, I booked us a trip to Aquaworld, one of the largest indoor water parks in Europe. What a day! For the equivalent of £15 we spent the whole day in the outdoor heated jacuzzi pool that you could swim to from inside, on flumes, plunge pools and in and out of the pool bar (where you could get a pint for £1!) and finished the evening relaxing in the spa where you can relax in the ice baths, salt rooms and oil steam rooms. This was a day I’ll never forget, and it was a perfect way to relax, as exams were about to start.

Corvinus is very different from QMU in terms of examination style, etc., and I found it all to be very confusing. For example, at Corvinus you have to register for exams on a ‘first come, first served’ basis, which I had never experienced before. Exams were either oral, essays or multiple choice, or a combination of them all. I found this to be quite a culture shock as at QMU I was used to the standardised essay question format or presentation, so in Corvinus I gave my first ever oral exam. It was daunting but it helped me a lot with my confidence and I got an A, so I must have done something right!

Throughout all my time in Budapest, I often found myself comparing Scotland and Hungary, particularly in terms of culture. Scotland is known for its loud, animated population and when I met new people in Buda, that’s exactly how I was expected to be, and I lived up to this in truth. However, I wasn’t really sure what I expected of the people of Hungary. A few differences I noticed included dress, food, and social behaviour. For example, I found women in Hungary don’t really wear makeup, or if they do it tends to be minimal. No heels or dresses, etc., even when in clubs. Men and women kiss each other on the cheek as a greeting, even if it’s a professional relationship, but men never kiss each other, which I found interesting. The food in Hungary is very different to Scotland, and there is paprika in everything! Not that I was complaining - since I have come home, I can now eat much spicier food than before I left. Overall, I observed Hungarians to be more reserved than us Scots, which was a breath of fresh air. 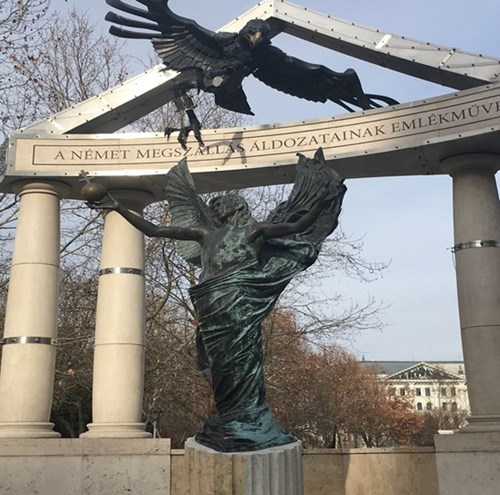 I thoroughly enjoyed discovering Budapest. I was so used to having to get planes everywhere from the UK that I forgot that I could just pop on a train to anywhere for a wee adventure. So, in May, the girls and I embarked on a short trip to Vienna, Austria. This was just a couple of hours on a train from where I was living in Budapest. We were very lucky with the weather and when we arrived, we were in awe of how idyllic this place was, filled with lovely authentic restaurants, cafes, museums, and beautiful buildings. We felt like we walked onto a movie set! We spent our time there drinking in the sunshine in their many beautiful parks, visiting museums and eating traditional Austrian food such as apple strudel and palatschinken, which was my favourite (pancakes with a sweet and savoury filling). The second thing which struck me the most in Vienna was the people, dressed in furs, even in 25℃ heat! Everyone was very classy and elegant. I felt dressed down just for walking the streets of Vienna in my Dr. Martens and summer dress!

I was thrilled to go and study in Hungary for a variety of reasons: social, academic, personal, etc., but for me personally, the rich history of soviet occupation and socialism was enthralling. Consequently, I attended several free walking tours across the city. The most memorable one for me was the ‘communism tour’. Led by a fascinating lady who had experienced life under soviet rule, I was blown away with what I learned. The below statue, for example, ironically placed in ‘liberty square’ is one of the few remaining soviet statues and was actually built overnight - in secret -  from the population as its symbolism (the weeping angel represents Hungary, and the Eagle represents soviet rule) is so controversial and disliked by the entire Hungarian population. In Hungary, I met people who changed my perspective on life, as well as life in general and I have learned many things that I have laughed at, cried at and reflected on.

I am not the typical person to go on an exchange. It was never something I believed was in my grasp, however, thanks to QMU and Corvinus it was. I would urge anyone who is presented with an opportunity like this to grab it with both hands. We only regret the things we don't do.

More information on our international exchanges 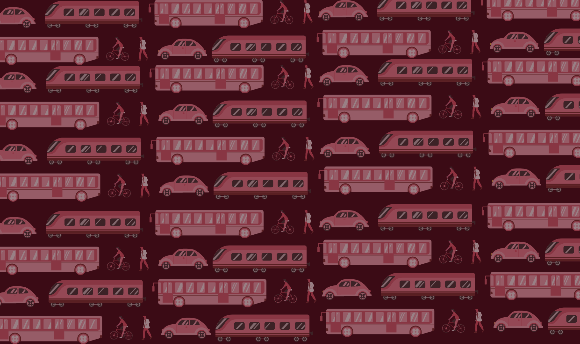 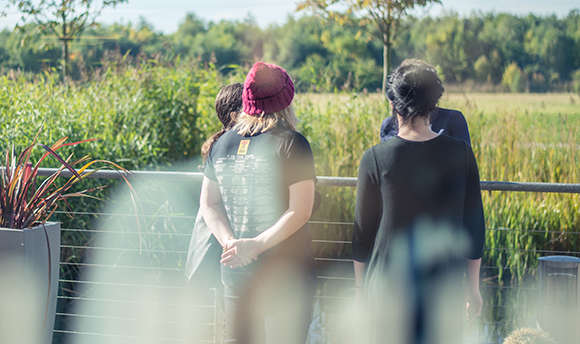 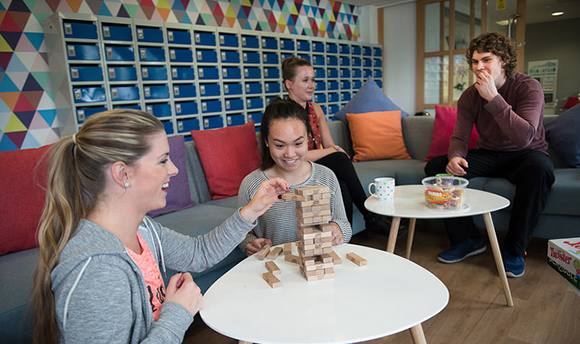 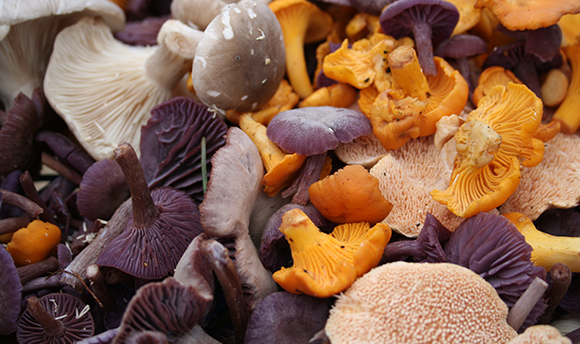 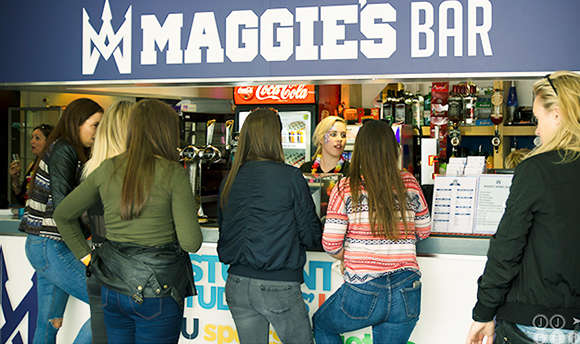 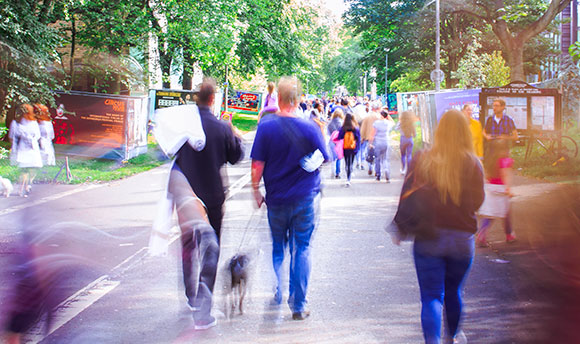