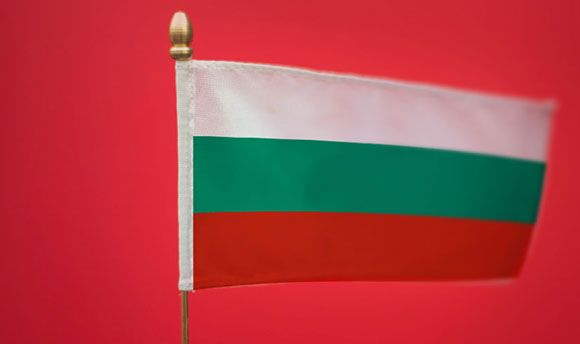 Maria is originally from Bulgaria and recently submitted her PhD. Her research focused on phonetics, and she also collaborated on a project looking at the difference in tongue positions during the production of stressed and unstressed vowels in the Bulgarian language. The project was a collaboration with fellow academics from Queen Margaret University (QMU), Edinburgh, and a colleague at the University of Oxford.

Their paper was accepted by the International Congress of Phonetic Sciences (ICPhS), and the team were invited to present their research at the 2019 conference in Melbourne, Australia. Due to the high costs involved with travelling to the other side of the world, Maria decided to apply for Santander Universities funding to contribute towards her travel expenses. She was successful in her application and returned from the conference in August this year.

Tell us a bit more about your research

I collaborated on a project with a colleague from the University of Oxford, Mitko Sabev, as well as Steve Cowen, Professor James Scobbie and Dr Robin Lickely from the Speech and Hearing Sciences department here at QMU. We used the ultrasound imaging methods that the University is famous for to study the difference in tongue position during the production of Bulgarian stressed and unstressed vowels. Recent acoustic studies (based only on sound) had revealed a pattern that differed from the traditional descriptions of the stressed-unstressed distinction in Bulgarian. We were the first to test and support these new results using direct measurements of the tongue’s movements.

Through QMU, you received funding from Santander Universities for this project - what did this allow you to do?

The Santander funding covered about 80% of my travel costs. Without this, I wouldn’t have been able to travel to Australia and attend the conference. As the event only happens once every four years, it was important for us to present our findings while they were still current. The money I received from Santander not only allowed me to do this but also gave me the opportunity to attend other presentations by leading researchers in my field, network with other phoneticians from all over the world and potentially forge some future collaborations.

Mitko and I presented our findings on the second day of the five-day conference. While there, I met Professor Bistra Andreeva from Saarland University, who provided the original data that contradicted the traditional descriptions of Bulgarian vowels. She was very encouraging about our research. I was also given ideas on how to explore the data further using more sophisticated statistical methods by Professor Martijn Wieling from the University of Groningen.

At the conference, there was a choice of 400 poster presentations and over 360 talks to attend. The research on attention being conducted by the psycholinguistics laboratory at Boston University particularly inspired me. I am now referencing this in my viva [an oral examination in which PhD students defend their research] preparation.

I was also able to reconnect with phoneticians from as far as Chile, Poland, Spain, France, Germany, the USA, Switzerland and Canada - and as close as Glasgow, York and Cambridge - who I met previously at a variety of conferences and training events. Maintaining these connections has helped me create a strong sense of belonging to a broader network of researchers in my field. Last, but not least, I got to meet the penguin residents of St Kilda Beach in Melbourne and learn about the local history and culture.

"Without this [funding from Santander Universities], I wouldn’t have been able to travel to Australia and attend the conference. As the event only happens once every four years, it was important for us to present our findings while they were still current."

What impact has receiving the funding had on your academic, personal and vocational goals?

The ICPhS is one of the most important forums for discussing research in phonetics. As it only takes place every four years, this was my very first chance to attend an international conference in this area. About a thousand participants attend the event, and as the first author of this paper, having the opportunity to present it in person was of crucial importance for introducing myself to the international community of phoneticians.

The timing of the event was also perfect as it coincided with the end of my PhD and allowed me to network and form connections that may lead to future research collaborations.

What are your plans for the future?

I’m looking forward to continuing my collaboration with Mitko Sabev, this time in the field of auditory perception of Bulgarian vowels. In addition to this, Jo Pearce, a PhD student at the University of Glasgow, and I are considering a collaboration, looking at the perception of gender and vocal attractiveness. Of course, this work will have to be scheduled around the MSc in Speech and Language therapy which I have just started at QMU in September.