I am Human Movement Scientist (Vrije Universiteit, Amsterdam) by training and obtained my PhD in Bioengineering, University of Strathclyde. For the last 25 years I have been involved in applied research mostly related to assistive technology (e.g. Functional Electrical Stimulation) and physical activity & exercise (e.g. RaceRunning /Frame Running) for people living with long-term conditions such as cerebral palsy and Multiple Sclerosis. I am involved in supervision of PhD studies relevant to my research areas and act as both internal and external examiner for doctoral studies. I regularly review grant applications for both national and international grant bodies.

Since 2019 I am co-director of the Centre for Health, Activity and Rehabilitation Research.

Over the past 10 years, II have attracted research funding from different sources which includes commercial funding and funding from a range of  international (La Fondation Mortrice), national (MS Society UK) and  local (Edinburgh and Lothians Health Foundation, James and Grace Anderson trust fund) charities.  Most recently, as part of a research group led by Kings College London,  our MS  research group is involved in a systematic review into the evidence of non-pharmacological interventions to treat fatigue in people with MS. Funded by the MS Society. 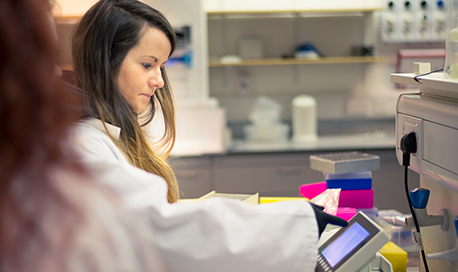