Dame Prue Leith CBE, writer, restaurateur and cookery expert, is the Chancellor of Queen Margaret University, installed into her role in July 2017.

Prue has an impressive track record as an entrepreneur having successfully built a business from scratch in the 1960s which grew to become Leith’s Good Food, the party and event caterer. In 1969, she opened Leith’s, her famous Michelin starred restaurant, and, in 1975, founded Leith’s School of Food and Wine which trains professional chefs and amateur cooks. The group, employing 500 people, reached a turnover of £15m in 1993 when she sold out all but the restaurant, which she went on to sell in 1995.

Her skills as a businesswoman and her concern with the need for more women at the top of industry, the City and public life led to her appointment as a non-executive director of many top organisations such as British Rail, Safeway, Whitbread, and Belmond (formerly Orient Express) hotels.

Now, Prue mainly works as a writer (with several novels and an autobiography Relish: My Life on a Plate to her credit) and as a TV presenter, currently appearing in The Great British Bake Off, having previously appeared in The Great British Menu and My Kitchen Rules U.K.

A champion of education, Prue was a member of the National Task Force setting up National Vocational Qualifications. She has held numerous other public appointments but the one she has described as the most important of her long career so far has been her role as Chair of the School Food Trust (2006 – 2010), orchestrating the British Government’s campaign to replace foods high in salt, sugar and fat with freshly cooked healthy food. Some of her other public appointments include Chair of the Restaurateurs’ Association and membership of a Consumer Debt Commission.

Echoing QMU’s focus on making a real practical difference to people’s lives, she has a deep-rooted commitment to social responsibility. As Chair of the RSA, she founded the charity ‘Focus on Food’, which, in partnership with the Soil Association, set up the Food for Life initiative that works in schools focusing on cooking and sustainability.

Also while at the RSA, she led the successful campaign to use the empty plinth in London’s Trafalgar Square to house changing sculptures or installations by the best contemporary artists.

She has become passionate about the care and rights of people who are dying, having witnessed her brother’s unnecessary suffering in hospital at the end of his life. She is now involved with the ‘Dignity in Dying’ campaign, believing that much work needs to be done to improve end of life care and to provide choice for those who are dying.

The Role of Chancellor of the University

The role of Chancellor is a ceremonial one, with specified duties confined under legislation to the conferring of degrees and other awards. In practice, that means that the post-holder formally presides over the annual graduation ceremony in July each year. The Chancellor also attends high profile events at the University and performs an ambassadorial role. 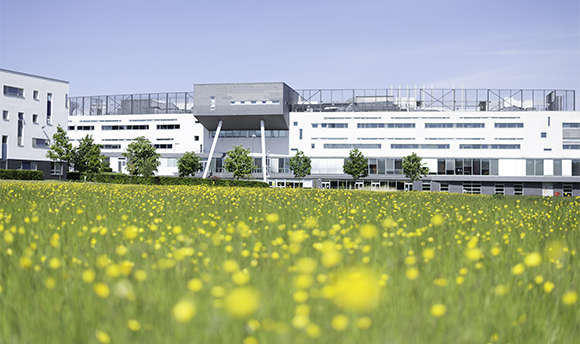