Sexual Harassment and Violence is any unwanted sexual act or activity. This may include, but is not limited to rape, sexual assault and sexual harassment. It can be psychological and/or physical. Sexual harassment is unwanted and unwelcome words, conduct or behaviour of a sexual nature that has the purpose or effect of creating an intimidating, embarrassing, hostile, degrading, humiliating or offensive environment for the recipient.

- engage in any other form of sexual activity which results in physical contact with the victim, directly, through clothing, with a part of the body or an object​

Domestic Abuse is any form of physical, verbal, sexual, psychological or financial abuse which might amount to criminal conduct and which takes place within the context of a relationship. The relationship will be between partners (married, cohabiting, civil partnership or otherwise) or ex-partners. The abuse may be committed in the home or elsewhere including online.

There is a common misconception that domestic abuse is just physical abuse. This is not the case. Domestic abuse can be physical, sexual, emotional or mental abuse. The definitions provided on this page are for illustrative purposes only and are not a definitive list, there is often overlap between definitions. If you have experienced anything that has made you feel uncomfortable you can report it, either anonymously or with contact details.

Misconduct is any type of behaviour or conduct that falls below the standard required by the University or is in breach of University policy.

Stalking is unwanted, repeated, obsessive and/or controlling behaviours that make someone distressed or scared. There are many ways stalking can be perpetrated it is most likely to be someone the recipient already knows well such as an ex-partner. The abuse may be committed in the home or elsewhere including online.

There are various other offences with which someone might be charged including:​

- sexual abuse of trust involving children: any sexual activity by someone over 18 with someone under 18 to whom the attacker is in a position of trust, for example a carer​

- sexual abuse of trust involving mentally disordered persons: any sexual activity with someone who suffers from a mental disorder and to whom the attacker is in a position of trust​

- administering a substance (giving someone alcohol or drugs) for sexual purposes​

- incest: sexual intercourse between people related to one another (as specified by law)​

First Steps in Taking Care of Yourself

As a survivor, it is likely that you will be going through various distressing experiences, some may be familiar to you and others you may not have experienced before. For example, you may be in shock and having flashbacks. Flashbacks can occur when someone has had a traumatic experience and find themselves re-living aspects of what happened, often quite vividly, and this is the brain's normal way of coping. It may help to get yourself, where safe to do so, to a place you feel safe and comfortable in or, if you are not able to move from where you are, you can still practice breathing and grounding techniques.

For example, try to slow down your breathing at a pace that feels comfortable for you, by breathing in slowly through your mouth and counting to 4 then breathing out slowly through pursed lips counting to 7. Or you might hold something smooth and soothing, like a cushion, to help you focus your attention so that your breathing and awareness have a chance to slow down. Or you may find it helpful to count 5 things you can hear, touch, smell, see and taste.

For further information, the Edinburgh Rape Crisis Centre have produced a booklet for coping and recovery: Little Green Book 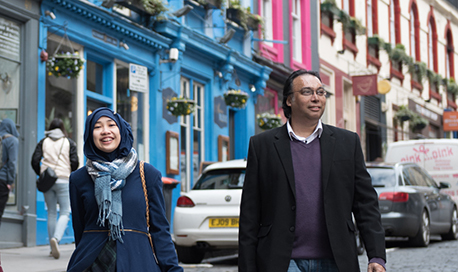